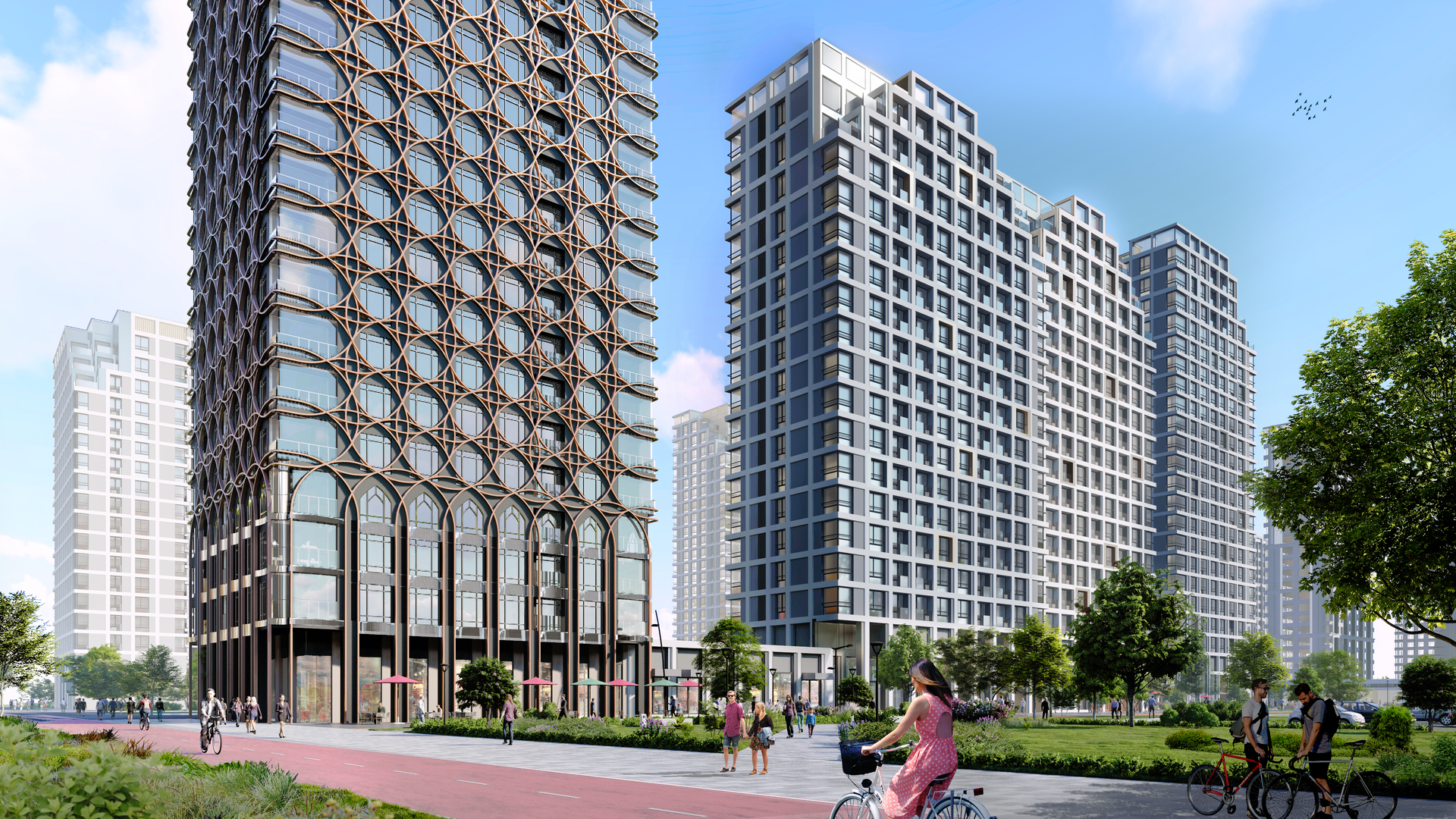 The Ostrov Residential Complex is a complex development on the territory of 40 hectares. Our main task was to create a new full-fledged city with a unified style, but without monotony. It was important to link all the blocks together aesthetically and mentally, and each having its own dominant element. This is how the "openwork" tower appears in the 6th block. It is clearly visible from the central boulevard from the subway; it stands in the section of the 3rd block and is a transitional link between them. The basis of the premium 3rd block is the concept of an urban homestead and this tower, on the one hand, has similar color elements, typical of the 3rd block, on the other hand - its volume and height are characteristic of the 6th block. A unique grid pattern was devised for the tower, which draws attention and creates a clear visual reference point at the end of the boulevard for future residents and visitors to the area.

There is a kindergarten for 200 children in the 6th block; this was the starting point for the creation of a "game" concept of the Complex. The conventional idea was taken from the popular Minecraft computer game, in which everything is shaped like cubes. At the same time, the block has elements of the design code, typical of the entire development of the Ostrov - exterior galleries, facade finishing and red lines. The cubic approach allowed creating a certain indentation of volumes and increasing the area intended for the city in the area of contact with pedestrians on the first floors. So, the micro-squares under the canopy appeared which improved the comfort of citizens. This approach allowed placing the penthouse zones on the crowning tower and visually lightening the entire block, and creating an expressive and memorable image.