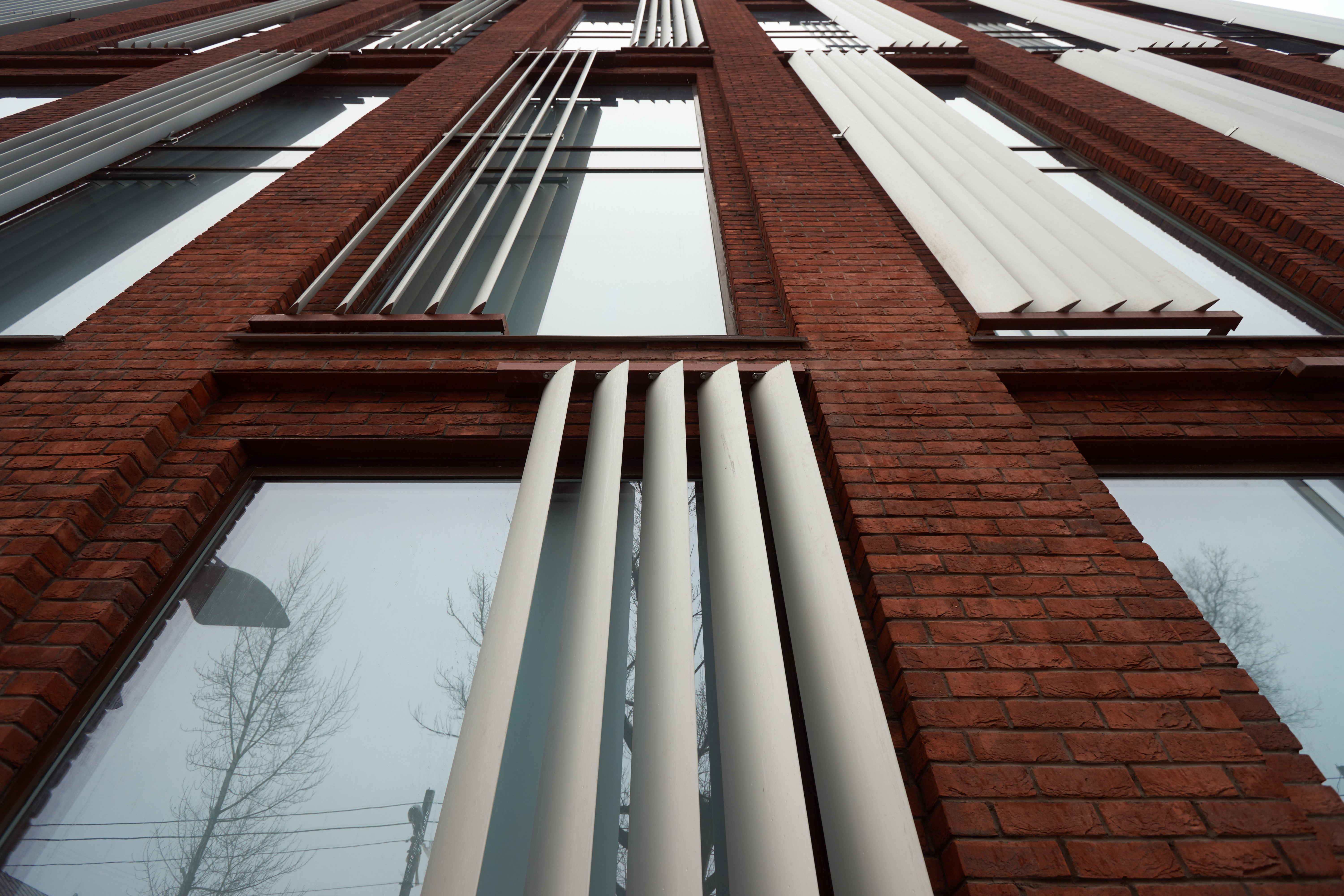 In the process of developing of the concept of facades of the building business centered attention was paid to existing historical shape and an esthetics of surrounding site development.

While analyzing historical use of brick facades in expensive and significant city facilities was revealed. In direct visual proximity there is the house of the merchant Karev built at the end of 19th - the beginning of the 20th century which set brick application as the main material of a facade.

The constructing building is one of the largest buildings in a quarter. To associate this building to its setting there were used concepts allowing reducing the volume of the designed building visually. For this purpose some key decisions were used: the main volume of the building was divided into some smaller volumes. Light fins of a suspended facade set the invoice to the large areas, split them up and facilitate the massive flat areas.